Childhood Nutrition and Exercise in Elementary Schools - An Assessment

Childhood obesity has become a public health epidemic in the United States. Results from the 2007-2008 NHANES surveys indicate that an estimated 17% of children and adolescents aged 2-19 years are obese compared to only 5% in 1971. According to the 2007 National Survey of Children's Health, obesity rates for 10 to 17-year old children range from 10% in Oregon to 22% in Mississippi. It is well known that childhood obesity is associated with health risks, such as pediatric hypertension, type 2 diabetes, orthopedic complications, and impaired mobility, and can result in psycho-social consequences, including low self-esteem, social isolation, and discrimination. In addition, long-term studies have shown that obese children are likely to become obese adults. Most experts agree that physical inactivity and poor eating habits are the root causes of obesity, and that there is a widespread need to promote better eating habits among children. Dietary choices and physical activity of children used to be considered exclusively a family matter; however, they are now viewed as a public health concern that also needs to be addressed on the community level, including K-12 public schools.

We used a questionnaire based on constructs of the Health Belief Model to assess 1) teachers' needs, knowledge, and concerns regarding nutrition education and physical activity and 2) school cafeteria staff's knowledge and attitudes towards childhood nutrition.

227 elementary school teachers and 59 cafeteria staff from rural, semi-rural, and urban communities in Oregon completed and returned our questionnaires. 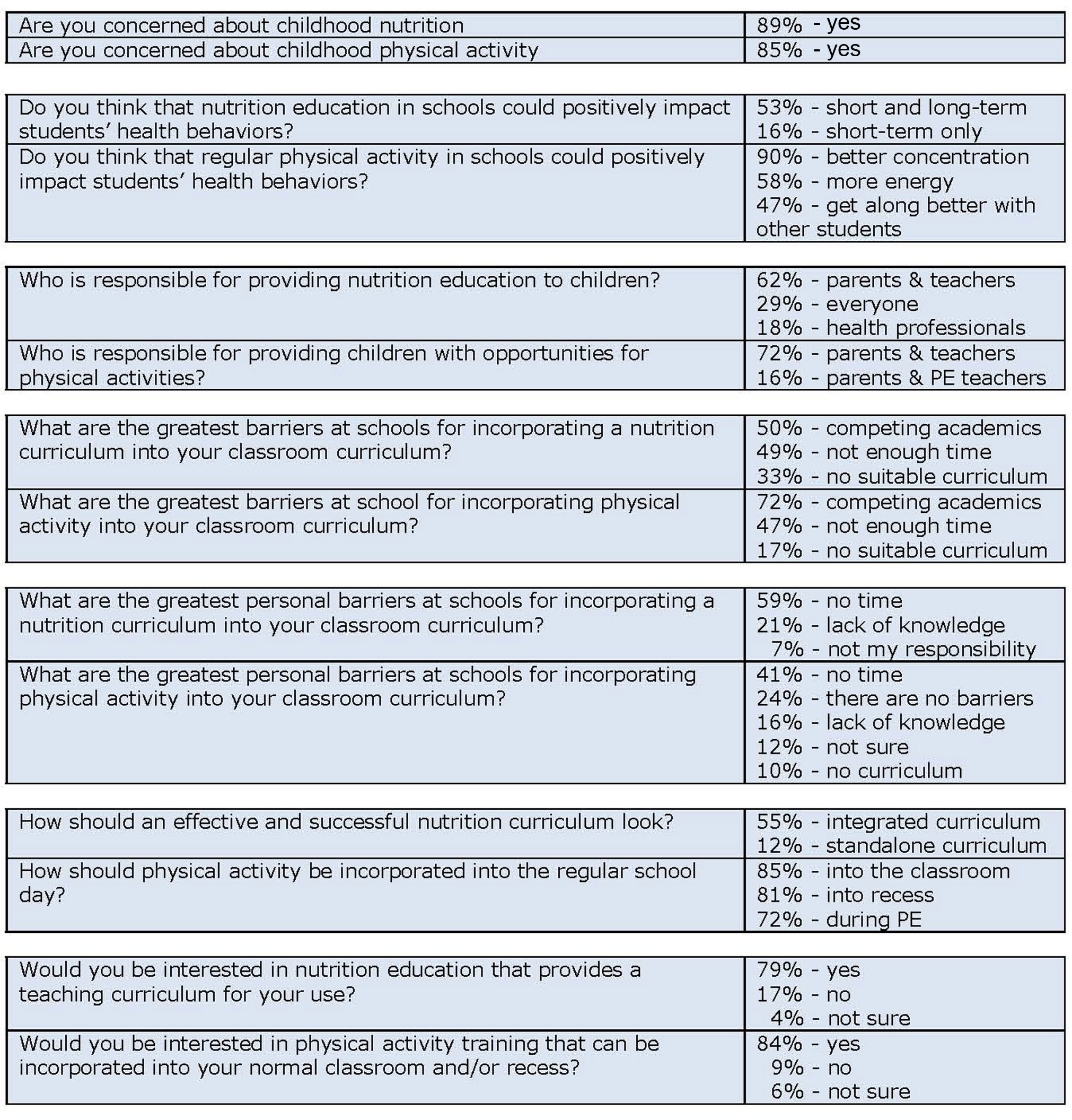 In response to these findings, we have developed Brain Breaks: Classroom Fitness for Children, a DVD with short segments of physical activities which can be performed in the classroom. We are also in the process of developing a comprehensive K – 5 Nutrition Curriculum that can be integrated into other academic subjects.