What is Linus Pauling Day?

Every year, we commemorate the life of our founder, Linus Carl Pauling. Dr. Pauling was born February 28, 1901 in Portland, Oregon.

It is not easy to list the accomplishments of Linus Pauling because his research and discoveries were extensive and varied. He is the only person in history to be awarded two unshared Nobel prizes: One in chemistry in 1954 and the other for peace in 1963.

After his death in 1994, the governor of the state of Oregon declared February 28th as "Linus Pauling Day" to honor this great man and his achievements.

Why give to the Linus Pauling Institute?

Dr. Pauling concluded that vitamins and other essential micronutrients play a significant role in enhancing health and preventing disease. With his colleagues, he co-founded the Linus Pauling Institute to carry out research in this field that he believed would be of enormous importance to public health. Today, the Institute holds to these ideals and looks for new ways to explore the boundaries between nutrition and health.

Gifts to the Institute help support the Pauling legacy and our ongoing research programs. On Linus Pauling Day and all throughout the month of February your gifts to the Institute will support our graduate student fellowships.  With your help, we can train the next generation of Nobel laureates.

50 years ago, Dr. Linus Pauling revealed to the world the marvels of vitamin C. Today, vitamin C discoveries are still being made.

At this online event, experts from around the world will discuss the latest vitamin C health research with highlights on the immune system and cancer treatment. Ask your questions and learn the latest science! 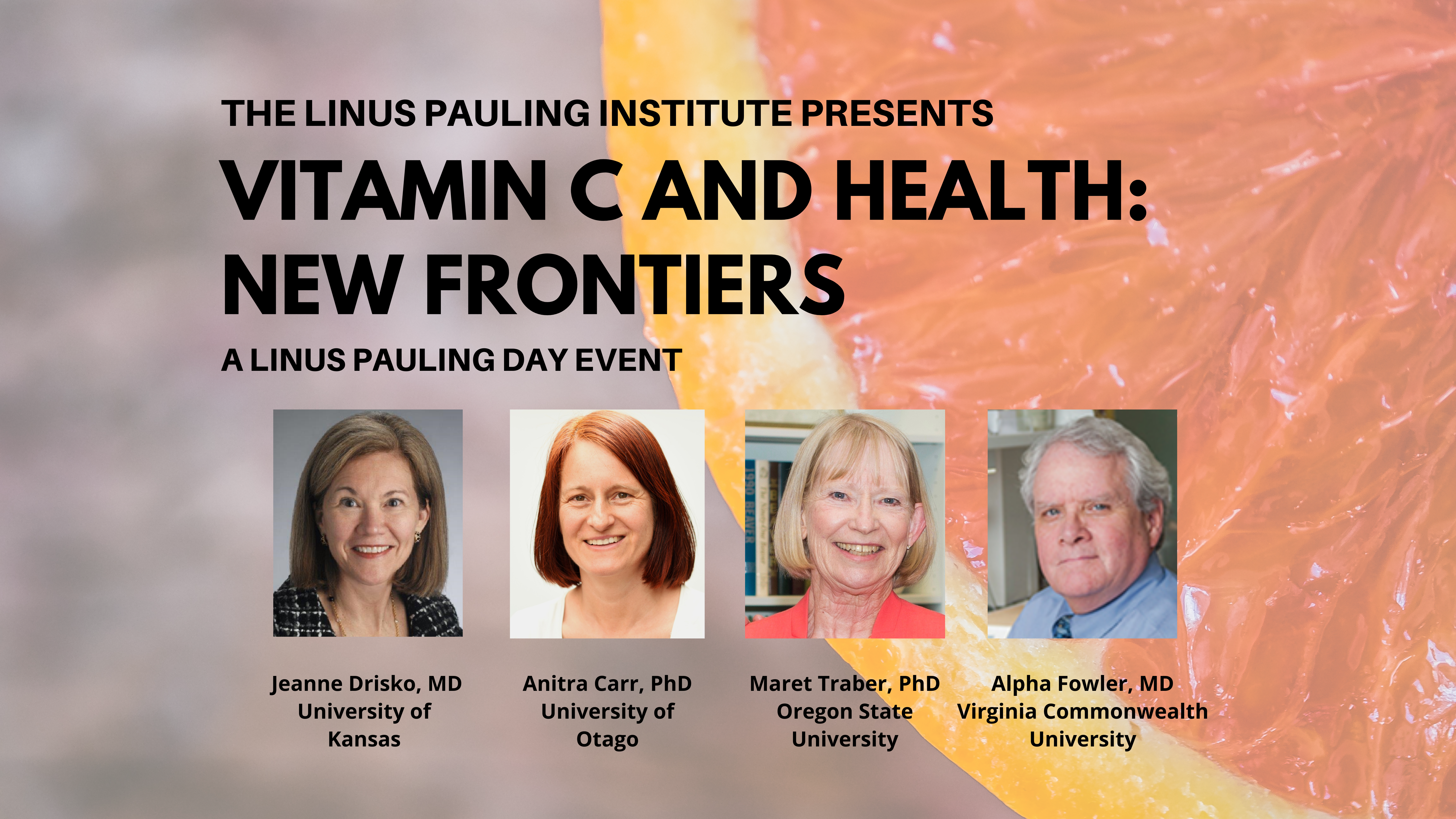 Donations to the Institute
Subscribe to our Research Newsletter